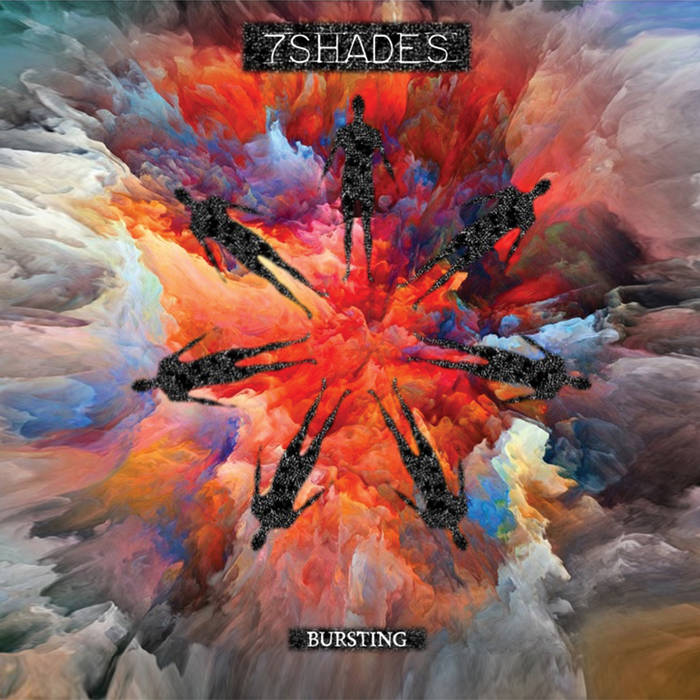 Steven Smith yo this is some straight up Cardiacs worship for real. but it takes a special type of person to like cardiacs this much. this music is special in its own right. Favorite track: Grasping at straws.

The much anticipated second album from prog/punk/pop/psych pranksters 7shades is entitled ‘Bursting’, and rarely will an album have been more appropriately monikered. Crammed to the gills with all manner of melodic, harmonic and rhythmic deviance, this is a band that is clearly not afraid to venture into the lesser-travelled realms of ‘maximalism’ .

Self-professed devotees of the work of Tim Smith and Cardiacs, that inherited DNA is still in strong evidence throughout ‘Bursting’, but as a whole the album seems to be striking out in a myriad of other directions. Influences from Gong, King Crimson and Mike Patton are evident, for example, but it is far from being any kind of mere prog copycat affair - in fact the variance from track to track would suggest a band more comfortable with an overall surrealist approach to composition, although the legacies of those that have gone before them would never be denied.

The album will be followed in early autumn with the companion release ‘Bursting remixed’, which will again be a fundraiser for Tim Smith. Available through Bandcamp as a digital-only release (in order to realise maximum revenue for Tim), this will include staggering interpretations of a variety of tunes from ‘Bursting’ by artists as diverse as Mark Cawthra, David Minnick, Adrian Beckwith, Little Bitboy, Scott Rimington (Mother, The Gathering Doubt, Glass), Terraformation (Mohadev Egg Helmet) and a whole host of others who we cannot yet reveal for reasons too trivial to go into here. 100% of monies raised from this release will go towards Tim’s ongoing care.

Rob Tubb (Cursor Miner) – “Like being kidnapped by a bunch of semi-delinquent wizards and beaten round the head with inflatable cutlery.”

Conceived and recorded in 2015 & 2016
Engineered, produced and mauled by Neil Spragg at Sparrington Studios
Masterfully mastered by Mark Cawthra at Infallible Ear

All notes & words birthed by Neil Spragg and nursed by 7shades
All artwork by Lance Ruffoon, the prancing buffoon